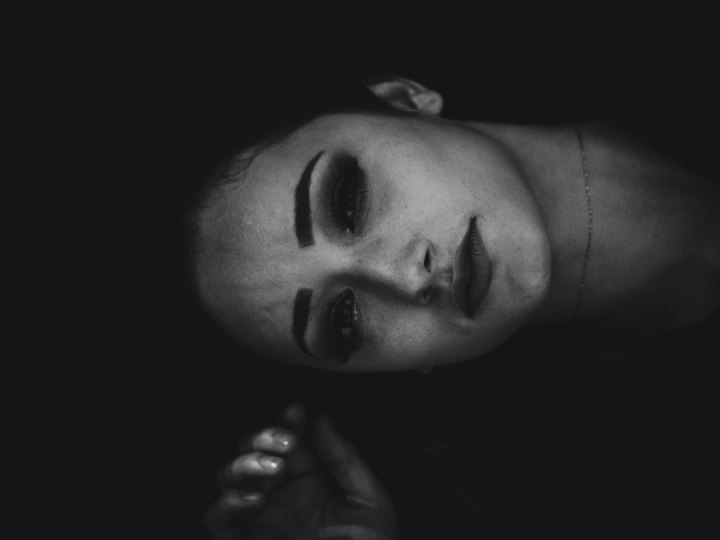 While I’m falling asleep watching the leggy blonde on Countdown select random squares for the numbers game, X pulls her car over to the side of the road and bursts into tears. It’s been coming all day. Longer, really. With both hands on the steering wheel, she leans forward and hides her face from those on the sidewalk and the vehicles passing to the side of her. She’s crying hard. That type of crying where snot streams from your nose and you start retching and can’t stop no matter what. After a few minutes, she wipes her face with her sleeve, raises her head and then cries some more. It’s quite nice out, but she’s too far gone to care. At the moment I close my eyes and pass into the zone, she digs her fingernails into the palms of her hands and sucks on mouthfuls of air but it’s not enough. Removing the inhaler from her bag, she takes a few puffs then slumps in her seat not looking at anything in particular. She couldn’t even if she tried for her hair’s fallen in the way. Sometimes she thinks about killing herself. Imagines leaving this world behind in some romantic burst of glory, but she won’t do it. She’s a child of God, after all, and he don’t deal in those who throw away his gift. So she sticks around and breaks down, but she’s got a beautiful soul because she feels what there is to be felt, and that makes her something special in a world that cares little for tenderness. Pulling herself together, she closes her eyes and focuses on a point in time known only to her that helps her get her shit together. Opening them again and lighting a cigarette, she smokes half of it before winding down the window and flicking what’s left into oncoming traffic. Checking her reflection in the rear-view mirror, she tries remembering the name of that woman photographed after jumping to her death from the top of the Empire State Building. The world’s most beautiful suicide they called her.