A Circle of Magpies 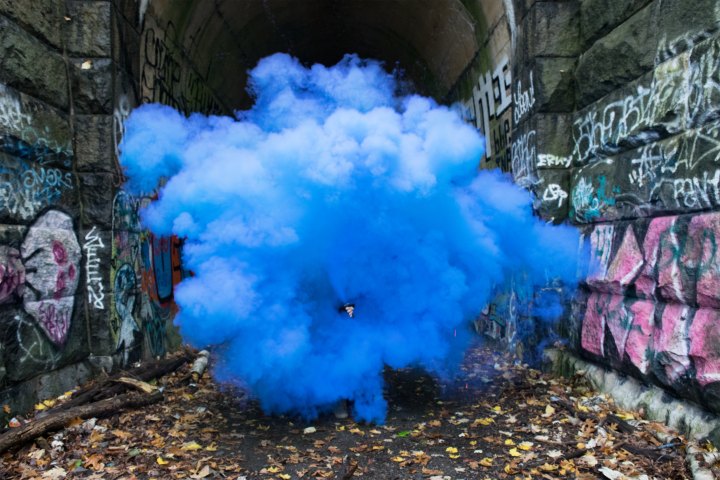 She spins among the leaves, and just like that, she becomes the storm that’s needed to blow away the trash and scum that do their best to blight her life. With her arms stretched out as far as they can go, the birds come down from the sky and perch themselves upon her, and when she smiles, she becomes their sun and these bland and tasteless days are transformed into something quite strange. There’s music on her headphones, and even though the animals can’t hear, they know of its magic, for they know of her, which is why she’s the one they seek above all else. Blinking her eyes, each drop of rain is a gift from the gods, and every mouthful of air she sucks into her lungs is enough to remind her that each breath is a gift worth fighting for. Above her head, a circle of magpies flap their wings and open their beaks as if singing her name. They shed a feather or two in her honour, and when she picks them up and places them in her hair, they sing their songs to celebrate. Those around don’t see. They choose not to. As they walk head bowed clutching bags of shopping on their way home from work, she jumps into the air, and for a second or so, floats as if gravity were an invention she had no need of. She giggles and squeals and the animals follow her towards the waiting park. Nibbling her nails as she rubs shoulders with the damned, the animals are not far behind. So many dead eyes, she thinks. So many lives bereft of fire and wine. Touching the feathers in her hair, she sniffs the scent of food coming from the nearby restaurants as traffic clogs up the streets. Thick blood, she thinks. Gloopy veins in the legs of fat people. Grinning, she pushes her way through a crowd of suited and booted workers and shakes her head at how pointless they all seem. They reek of money and nothing more, one of the worst smells there is. There are groups of people stood outside bars smoking and drinking. They laugh and cuss and put the world to rights. She stares at their glasses of alcohol and licks her lips. Looking up at the sky, she remembers the bottles her grandfather used to drink. Brown bottles of ale they were, and when he laughed, he laughed with his eyes, and she’s not sure to this day whether or not she’s ever known someone as beautiful.