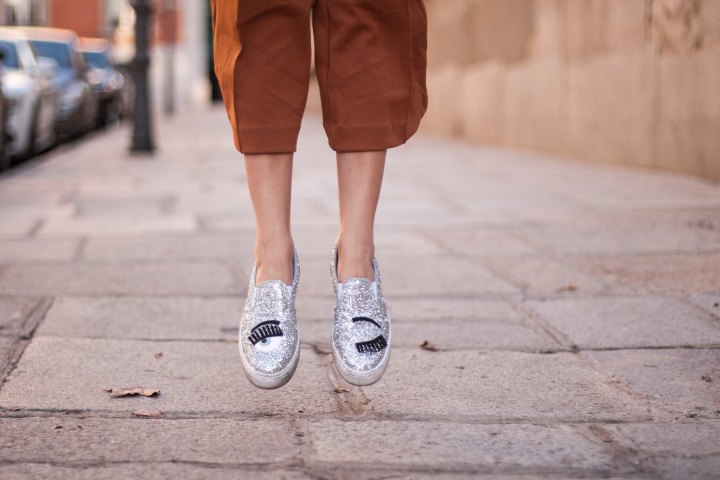 Breathless outside the store, she pushes her way through a group of dithering fuddy-duddies. They tut and mutter but a flash of the evols is enough to send them on their way. Opening the door, she marches over to the counter waving a note at the man serving. He looks bewildered. I want all of your donuts, and I want them now! Please. Curious to the strange girl stood before him, he takes the note from her while twisting the tip of his moustache. Give me five minutes, and all the donuts you can buy will be yours. Smiling at her, he’s about to suggest she take a seat, but she’s already pacing around in circles clutching her belly as if she hadn’t eaten in weeks. Leaving her to it, the man scratches his head and gets to work on creating a fresh batch of the good stuff. X is too busy at first to take any notice, but once the smell reaches her nose she drifts back over to the counter and her eyes grow as big as saucers. Looking through the glass divide, she dribbles as the man works his magic creating the tastiest donuts she’s ever seen. Tapping her feet on the floor, she fidgets and shakes out of excitement and the suspense is almost too much to bear. Wiggling her fingers, foam forms at the corners of her mouth, and when the magic man’s almost done, she lets out a prolonged, giddy sigh. Placing twelve hot donuts into a paper box, he slides a serviette underneath then positions them on the counter. Pointing to several brightly coloured bottles, he asks her if she’d like any sauce. Each one is labelled, and after quickly making up her mind, she points to the one she wants and cries chocolate! I want the chocolate one! Please. Telling her to say when, she doesn’t, and so the sugary donuts are soon swimming in a sea of thick, gloopy chocolate. When it’s almost pouring out of the box, he stops, smiles at the curious creature stood before him, then sticks a plastic fork into the sugary bounty. Grinning at him, she says thank you then scoops up the box and darts outside. Out on the sidewalk, she spins and squeals while discarding the plastic fork. As she’s sticking in her fingers plucking out the first donut, the young boy from before is walking towards her with his grandad. Stopping by the window of a bookstore, the boy watches as the pretty girl begins to levitate several inches off the ground. Pointing at her while tugging at the bottom of his grandad’s coat, he stands there open-mouthed as one by one she devours the sticky treats with a look on her face of complete and utter satisfaction. When she’s done, she licks her fingers then turns to the boy blowing him a kiss. Her mouth’s smeared with chocolate, as are her fingers, and as the boy blushes, she places her feet back on the ground giving him a telling wink. Singing one of her songs, she smiles at the sky, radiant, full, and for the time being, content, and as her eyes come down again to street level, they rest upon the pet store across the road and just like that she’s skipping towards the entrance.