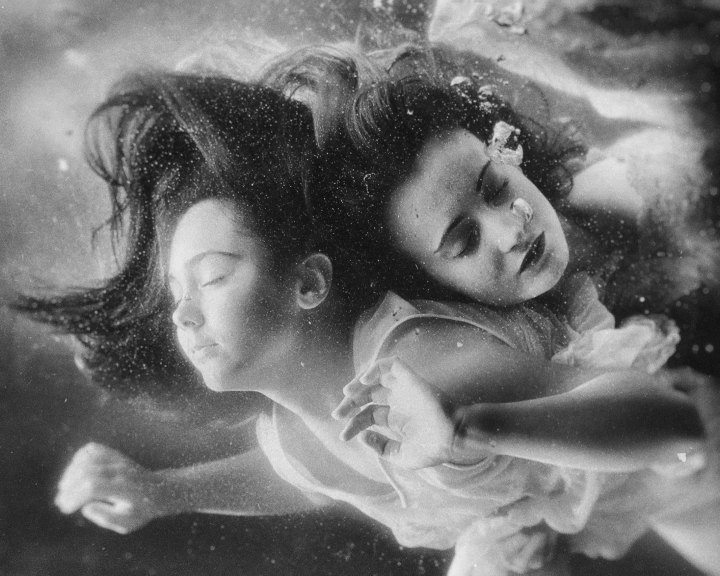 In awe of the strange sights illuminating their eyes, the animals surrounded X— both the flesh and bone version of her sprawled out before them on the bathroom floor and the ethereal images that bore her face which were dancing in the air above. Those shapes; they were at once the meaning of life and the embodiment of all things transitory. Sometime later, each one of the creatures in that room would give their account of what they had seen, and each would differ wildly from the other. What didn’t differ, however, was that they had all been touched by some higher power. They had felt it in their bones. In those first few seconds the dazzling nature of the shape-shifting steam had them enthralled, and even if they had wanted to, they wouldn’t have been able to avert their gaze, such was its splendour. As they sat there with their mouths and beaks open in awe, George the tortoiseshell was the first to snap himself out his trance. When he did, he averted his eyes to those of X. They now appeared milky, almost grey. Bowing his head so as not to interfere with the spirit dance that continued to enchant his animal kin, he pushed his face against hers once more, only this time the hot air that had blown from her nose onto his fur wasn’t there. Studying her features, he found her beauty still intact, yet her essence of life fading. At the same moment, the steam seemed to dissipate, and the shapes that had danced inches above his head vanished as suddenly and mysteriously as they had formed. The other animals turned their attention back to him, and then to the lifeless body of X. Only then did they understand, and only then did they begin a dance of their own.

Whites of Her Eyes

The Waters of Her Womb