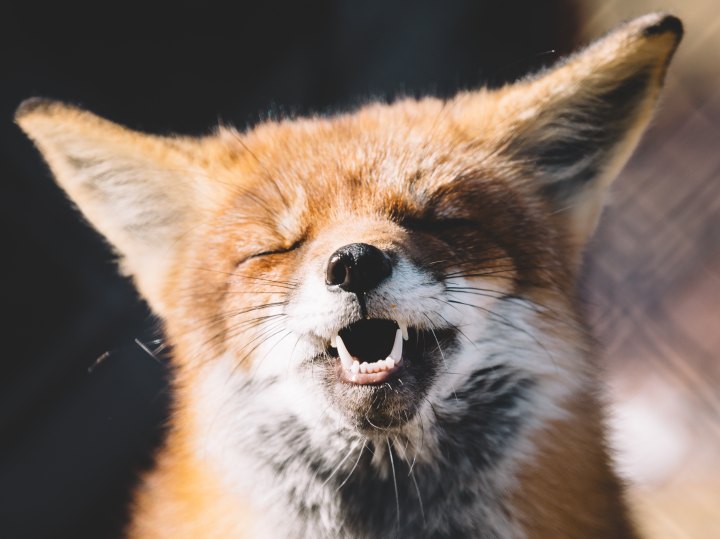 The moon was big, bony and cold yet warm and brilliant. It shimmered like a reflection, and in the forest below that hummed and sang, the music continued to call my name. Yet not just my name, but the names of many. I couldn’t put a face to any of them save for one—the one I knew as well as my own. It carried to me in the breeze, and when it reached my face, I could smell her scent as if she were in my arms. On my hind legs with my paws reaching out to that shiny ball of rock, the fox strolled towards me. Whipping his tail, he sat down on a patch of dry earth and looked up at the sky. Enchanted by the same sights, the two of us gave ourselves to the magic, and although the pull of the music was hard to resist, we found the magic of the sky above almost as hypnotic.

“It’s such a beautiful sight, isn’t?” said the fox.

Falling over in shock, I scampered around half in a daze.

“I never knew you could talk?” I spluttered.

Lowering his gaze, the fox gave me a knowing look.

“You mean to say you haven’t said a word up until now because I didn’t ask if you could?”

“Exactly” replied the fox. “That’s the problem with you humans. You never take the time to ask the questions that need asking first.”

Shaking my head, I walked over to him and eyed him up and down.

Grinning at me while letting out what sounded like a laugh, he licked his lips and closed his eyes.

Grinning at me some more, he stood up and looked towards the light coming from the forest.

“Only the few ever get to see what you and I are about to see. The one you seek—she too is about to glimpse such sights.”

“You know Prudence?” I asked.

Again that raspy laugh and the baring of teeth as white as the moon above.

“I know her well. We all do. Just in the same way we know you. The two of you have been known to our kind since the day you were born. I have to say it’s taken you longer than we anticipated, but tonight is finally the night.”

“The night for what?”

Gazing into my eyes, the light in his own flooded my furry body.

“The night you both join us in the dance of life.”