A Billion Tiny Pieces Made into a Woman 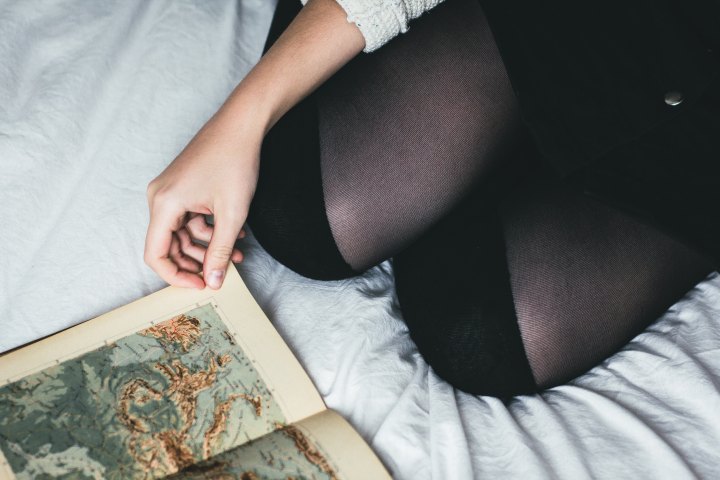 Squeezing her eyes shut as tight as she could, she worked herself into a frenzy. I wished above all to see the images in her mind; to understand where she went when the lights went out. If she desired, she could read my words, but I had no way of knowing where her dreams took her unless she told me herself. This was something she rarely did, as Meeko was even more close-mouthed than me if you can imagine such a thing. She kept it all in, but there were times like these when the light shone through the cracks, and such slithers were blinding. Kicking her legs as my right hand wrapped around her ankle, I gazed at her real mouth and then the mouth she painted with lipstick. It was bright red and smeared across her chin like the colour of love.

Grinding her teeth as if in pain, she seemed to be possessed.

Turning her head to one side, a growl worked its way up from her belly before crawling from her mouth. It came out in a bubble of saliva, and when the bubble popped, the sound gave me shivers. It was feral; as feral as her love.

“I see ships but no sea,” she said. Her voice was raspy but calm.

Turning her head to the other side, she slid her fingers in and thrusted her hips. It was something she did when she was angry. A subconscious act carried over from childhood.

“There are tall trees blowing in the wind, and animals moving through the blades of grass that bend this way and that, and yet the animals are made of clouds, and so am I.”

Baring her teeth, she twitched her nose as the smell of chicken wafted through the window. It was that time of the day when the fast-food restaurants and street stalls opened, and soon enough, our apartment would be rife with the smell of fried delights.

“I’m dead and yet I live” she continued, “I’m not here, but I don’t know where else I could be. Two minds but one form. The past, somewhere in the past, but the past is inside the present. There are ghosts, many ghosts. The sun shines, and I’m part of all things. A billion tiny pieces made into a woman, and yet I’m not a woman. Not anymore. I’m changing into something else. I’m bigger. I keep getting bigger—the ocean. I can’t see the ocean because it’s inside of me. You heard it too. I feel unreal. There are two versions of me, and I’m not sure which one is the one that’s me.”

Shaking her head, the beads of sweat dripped from her body, soaking the dirty bedsheets beneath. Opening her left eye and then her right, she gazed at me as if waking from a dream.