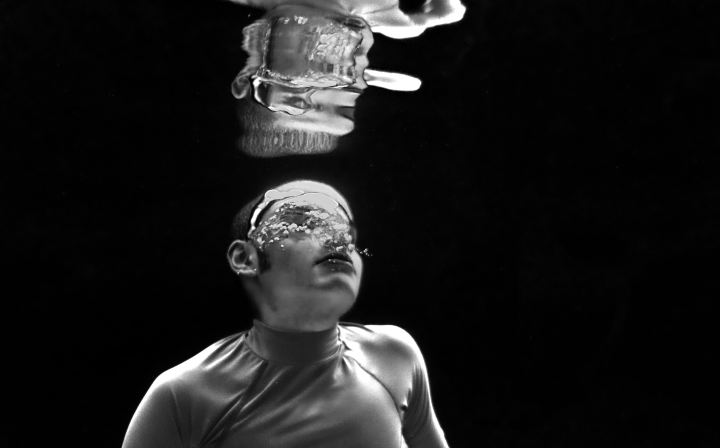 I sleep on the floor, like so many times before. In search of an escape, I break apart so I may squeeze what’s left of me through the slithers of light that isn’t light at all but the memories of what once was. I am a streetlight. I am a coffin. Talking of memories, the many folds of her sex linger upon my lips the same as this cigarette. It’s been so long, and yet it’s as if it was only yesterday. Growling dogs growl at my cigarette as it points to the ground. The ground is sand, the same as my shifting hands that shift around her shifting hips. The dogs stand on their hind legs begging for food, but I haven’t eaten in close to three days. I’ve nothing left to give. The last thing I remember eating was her, and that was all about desire and nothing to do with sustenance, although it has to be said, her juices got me drunker than I care to remember. Neon stores are whores drawn to the mountains that populate my mind. My mind is opaque. It drowns in darkness the colour of love or the shade of skin in the circles beneath her knowing, glowing eyes. There are snippets of videotape containing images of her breasts and the flared nostrils of a nose sculptured by a drunk god two days into a three-day bender. These videotapes are buried in the yard along with my stash of favourite pornos and the remains of the girl she used to be before we first met. A little wind outside and a gentle breeze within that carries the smoke around my bony fingers that tap tap tap the keys of a piano. A few years of muddled thoughts that became my life’s work without me even knowing. I know very little, especially about myself. Another cigarette. Toffee-coloured areoles. Strands of hair on the passenger seat that could be mine or hers. Picking them up, I sniff the scent of autumn and the spicy tickle of scorched engine oil. Through the lens of a camera, she turns her head, and the horizon spreads like marmalade on toast. Ten thousand windows and not one useful image that tells the story of the boy who became a shadow of a man. Such stories—I’m told—are considered lost. I consider them very much alive. Like the dirt beneath my fingernails as I roam the surrounding hills in search of sanctuary, or the many cocoons that have seen me pass from one shape to the next as if such transformations were the norm and not the exception. These hills. These memories. They escape me still. Penetration. Husk. A body without a soul without a reason why. Something angelic must follow. Like a redemption song sung by an ‘80s version of Paul McCartney, or the ringing bells of Christmas past that ring out as Scrooge slips and slides upon the thin ice of pungent, Victorian life.