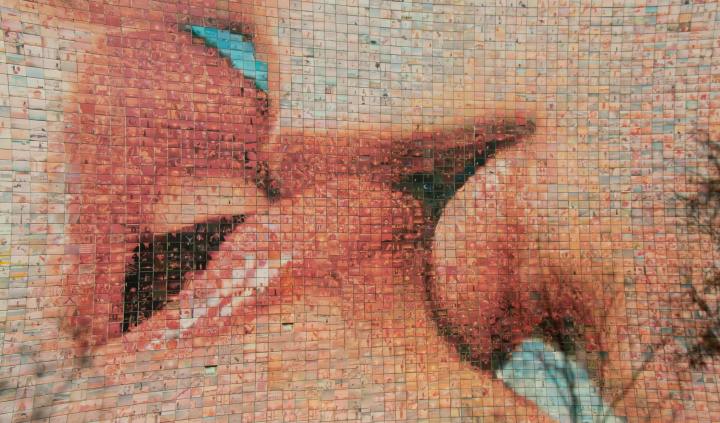 As her naughty bits pulse, the millions of tiny me’s that will never be splash the face of the man. Resigned to his fate, he kneels beneath the pinky moon, a shadow of the shadow he was to begin with. His face doesn’t resonate; it’s just a random selection of features with no meaning, but even though it’s night, and his flesh is oily with my sin, I see the look of contempt at having been beaten by a failed artist and failing writer. I’ll never amount to much, but I’ll never give up the ghost. Even when I’m drowning, I’ll splash my come in the face of whoever thinks I’ve got nothing left to give. Sometimes, such blind resilience—or stubbornness—is all you have left once the machine rapes you of everything else. Smug at my minor victory, I reach inside Meeko as far as my fingers allow. If I can, I shall massage her heart, and make it beat to a new rhythm. It’ll be less of a song, and more of an infinite loop of breathless sighs and starburst. Not the candy, but the death of a spheroid of plasma; one whose last dance stretches from before the beginning of everything until after the end of all—when the eyes of God are long closed, and his body has spouted weeds as thick and gnarly as the most magnificent of spiral galaxies. Sharing Meeko’s state of breathlessness, I struggle to catch my breath as her body becomes completely translucent. At one with the tree we hang upon, the sounds emanating from her body are channelled through to its trunk. The guttural howl that escapes the bark causes me to void my bowels. The shit that spits from my arse splatters the money shot fool beneath, but before I have the chance to laugh, the world and everything with it begins to shift and move. Clinging on for dear life, I anticipate an earthquake. What I get instead is far more magical, and infinitely less commonplace.