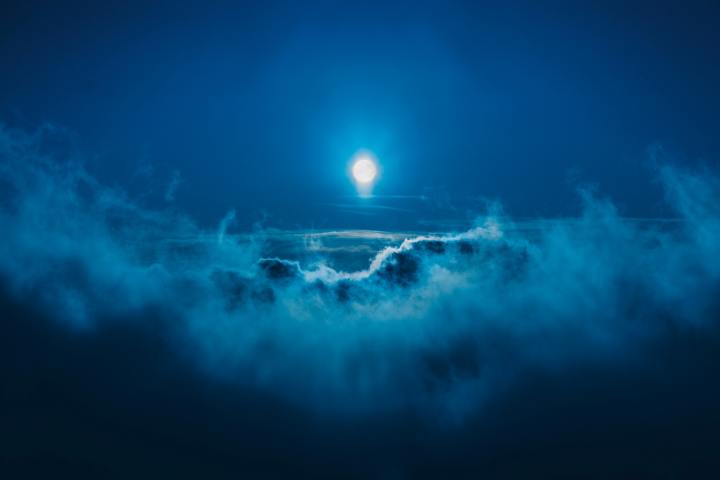 Listening as intently as I can, the flapping of many wings causes Meeko to shake her arms. Like a chicken, she parades about upon her branch—the baby feathers beneath her skin getting a taste of what awaits her. Not today, I don’t think, but some other day that shines on the horizon like a light that’s travelled for miles on the twilight wind. With the strangest sensation of Deja Vue washing over me, I feel the fury of her future flight. It causes me to wince as if struck in the balls, and yet I adore it all the same. As the sounds from afar resound much louder now, it’s as if a tidal wave is preparing to drown everything in its path, but we’re far from the ocean, and far from the shore. The wave is made of flesh and blood, and not just that, but feathers, fur and whiskers galore. Mirroring the stars in the sky that are sprinkled above us like cosmic grains of salt and pepper, thousands upon thousands of animal eyes pierce the murky grey of the courtyard. I can see the ground moving beneath me, only it’s no longer just the roots of the tree smashing through the asphalt, but the emergence of all manner of creepy crawlies escaping from their layer to ours. Scuttling and slithering upwards from their sleepy slumber, they wave hello to the strange girl of which they’ve never seen but know so much about. They’re none too interested in me—who can blame them—for it’s her that awakened them, and her that will see them embark on a journey like no other. As their screeching and buzzing matches the tingling fizz of electricity upon my tongue, the wave of paws and wings draws so close that I begin to see the snouts of the first foxes as they surf on the backs of the low flying crows whose feathers glisten beneath the milky moonlight.