A Bath of Milk 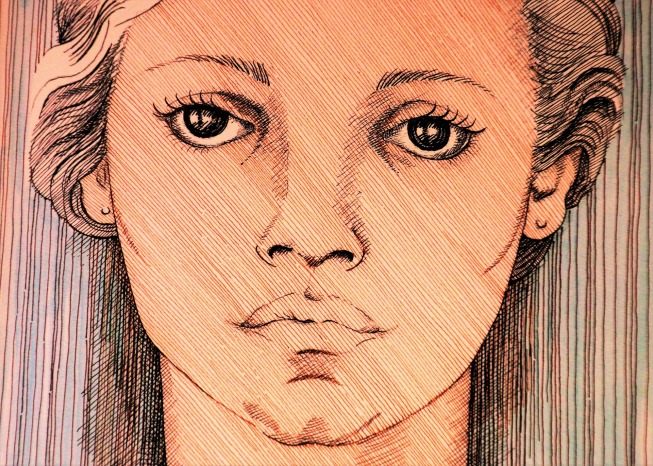 In the middle of the night, maybe a little before, or it could be a little after, she bathes herself in a bath of milk. She shaves her legs and clips her nails. She scrubs her face and combs her hair while all the time that bottom lip of hers is starting to go. She tries the best she can to fight against it but she’s not having much luck. There are tears she wipes away pretending they’re not tears at all. She should be in the heart of where the lights shine bright. This is what she feels. That she shouldn’t be here, not one bit, but instead somewhere else. Anywhere else, but here.

A candle sits on the windowsill. The vanilla scent is overwhelming, and when she closes her eyes it makes her think of things. Sometimes it’s the past. Most of the time it’s the past. You can never go back. You mustn’t ever, ever go back. She repeats this over and over again, and yet by denying your history you deny your footsteps, and without those, you’re just a ghost with no home. If she’s not careful, she’ll end up a ghost anyway because she’s falling asleep, and as she dreams of wild horses and that milk gets into her mouth, she’ll be snuffed out for sure.

We’re all gonna die. There’s no escaping it. Some push it to the back of their minds and that’s where it stays until that fateful day. Others are more pragmatic. They take it as it comes. She’d like to be like that. Like one of those, but she finds herself thinking about it more than she’ll care to admit. This hour is no exception. The hands on the clock do their best to remind her each second each minute. They tick tock away and they just won’t quit. Each movement of that clock weighs heavy. It reminds her of all that’s she’s lost, and of all things that will never come to pass.

A cigarette. A glass of wine. Red. She wanted rosé but that’s all there was. The tears come freely now, and that bottom lip just won’t stay still at all. Maybe she’ll get angry and toss the glass against the wall. Maybe the whole bottle. She might try and convince herself an early death isn’t such a bad idea, but that’s shit and she knows it. Such moments will never end. They’ll last a lifetime. The pain will never go away, but if she’s smart, it might be easier to manage. After all, who wants to live without pain. Who wants to go through life not close to giving in when it’s only at the edge when beauty, true beauty, shows it’s tricky, wild hand.